This is the fourth part of a series I had named Quiet Heroes. As I pondered this name I thought to myself the word “Heroes” does not do justice to the lives of these men and women throughout Christian history that have worked intentionally in quietness and behind the scenes. So I have changed the name of this series to “Quiet Servants.” The word servant I think fits the purpose better as we look at the sacrificial lives of these mostly unheard of individuals.

As I watch so many leaders daily boast about themselves, their ministry, their works of righteousness, promoting all that God is doing through them, and making themselves a reputation far and wide, it causes me to dig deeper to find these quiet servants.

Today I present to you a husband and wife who quietly devoted most of their lives to the WaiWai tribe of South America. Bob and Florine Hawkins life’s work was translating the bible into the native language of the tribe. The translation process took them over 45 years. They lived and worked alongside the WaiWai in the jungle, and raised their four children there. They cared for the WaiWai and taught them to walk in faith.

As white men came into their territory, the Wai Wai greeted the strangers with smiles, yet poisoned their drinks and clubbed them to death. No more came for a long time. But one day, news came that another group of white men were coming. Fear gripped the hearts of the people, thinking these men were murderers. But to the surprise of the Wai Wai, the Hawkins brothers, Neill and Bob, were kind and brought gifts: fish hooks, knives, and steel axes.

At first the missionaries didn’t speak Wai Wai, but little by little they learned the language. They began to talk about God, the Creator, who made the trees, the rocks, the sun—the entire world. He had a son—Chisusu (Jesus)—who died to take away all men’s badness, because he loved everyone, including the Wai Wai.

This kind of love was foreign to the Wai Wai, who loved only for what they would get in return.

The witchdoctor Elka pondered the white man’s message. He knew he lived in the midst of badness: hate was covered with smiles, they killed by deception, unwanted babies were murdered, wives could be traded or stolen. He felt trapped, but didn’t know how to escape.

Bob Hawkins settled down to live among the Wai Wai with his wife Florine. A nurse also joined them. Bob explained that he had “God’s Paper” in which God revealed himself and told the people how they should live. Bob worked carefully translating the New Testament into Wai Wai, a project that would take him 45 years. At first Elka the witchdoctor and others laughed at his attempt to pronounce their words, but then became fascinated by the project and began to assist him and correct his efforts.

As Elka the witchdoctor participated in the translation of God’s Paper, he came to understand what the Lord expected of him: to turn from his badness and “invite Jesus into the pit of his stomach.” He and others began to attend the weekly teaching meetings Bob held for them. They enjoyed the songs Bob taught and sang boisterously. They eagerly accepted the effective medical attention that the nurse gave them, with her pills and shiny needle. But little change was seen in their behavior.

While no one really responded to the missionaries’ message, something was stirring in Elka’s the witchdoctor’s heart and mind. One day he helped to translate the following verse: There is no fear in love; but perfect love casts out fear…We love him, because he first loved us. (1 John 4:18)

This struck a chord within Elka. All of his life he had lived in fear of their powerful evil spirit Kworokyam. But the love of Jesus offered freedom and life that Elka hadn’t known could exist. He was faced with a choice: live life according to Kworokyam and the rest of the mostly evil world of spirits, or live life according to Jesus. Either stay with the spiritual world he knew from his youth, or surrender to the eternal God who reigned over the dark power of death.

When Elka shared with his wife and close friends about his interest in responding to the gospel, they laughed at him. They warned him that Kworokyam would not like it.

The witchdoctor struggled. He had a dream in which someone like Bob appeared before him and said: “Let go of your sins. Say to Jesus, ‘Come in.’ If you do, he will come in.” Early that morning, Elka the witchdoctor went to an abandoned field to pray. He looked up at the sky and said, “Father, I want to know you. So make yourself known to me forever. What do you think about that? Old Elka wants you to come into the pit of his stomach, Father, and make his spirit strong.” He confessed his sins, and asked God to take out his old being with all of the badness. “Fix me to be like Jesus.” 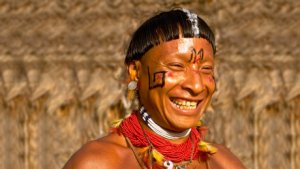 God heard his simple prayer and entered his life. As Elka grew in his faith, he recognized that he had to take another step: to give up practicing witchcraft. The prospect was terrifying for his people, but Elka’s time had come. At a communal celebration, Elka handed his basket of charms to Bob and Florine Hawkins and told his people he had decided to trust in God instead. Everyone was convinced he would die immediately or within the week.

Though the village disapproved that day, Elka’s total conversion proved to be the turning point in the life of the community. As time went by and he didn’t die, individuals began to take the same step he had. A church was born. As God began to transform their community, they had to learn what it meant to live for God. They had to learn forgiveness, forbearance, mercy, patience, honesty, purity, and many other things. They could no longer live for themselves.

Bob and Florine are quite advanced in age now. Bob has serious dementia and Florine has had several debilitating physical problems. She is now also to the point where she is frequently confused. Unfortunately, they lost their home but have been able to secure a very basic living situation, but are still struggling with day-to-day tasks. They are content in trusting the Father for their daily needs. 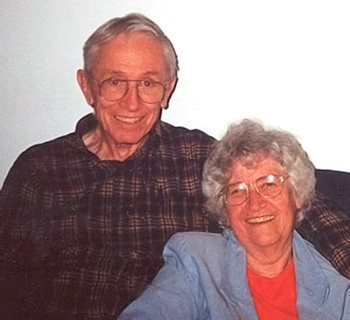