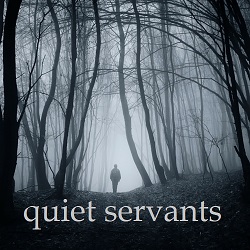 I am inspired by men and women throughout history that encountered our Creator through Jesus Christ and then gave themselves away in humble labor to make the one true God’s name great among mankind. Today I share with you another story about a man named Ramon Llull, 1232-1315.

But on that summer evening, with his mind and imagination centered on courting Ambrosia, he was suddenly invaded by an unexpected and powerful vision.

He saw on his right hand the Savior hanging on His cross, the blood trickling from His hands and feet and brow, looking reproachfully at him. Ramon, conscience struck, started up; he could sing no more; he laid aside his [lute] and, deeply moved, retired into bed.

A week later he tried to return to his composition, but once again the vision returned. This time, Jesus spoke to him: “Ramon, follow me.” As he gazed on the Lord crucified for him, he could not help but contrast this deep and sacrificial love with his selfish pursuit of women. He bowed before Jesus, confessed his sin, plead for forgiveness, and said “yes” to His love and call.

The next steps were not so easy. “How can anyone as defiled as I am enter on a holier life?” he pondered. He lay awake, night after night, a prey to despondency and doubt. Little by little he was consoled by the meekness and compassion of Christ. He came to realize that since he had been forgiven so much he could love Jesus the more, and so he would give his life to fully serve His Lord.

His conversion and transformation were as radical as the visions he had received. He retired to a lonely monastic cell, there to process what he had experienced. In time he was to pray:

Llull began to think and pray about Majorca, the Spanish island where he lived. It had been a Muslim domain for hundred of years until King James I of Aragon and his Spanish soldiers (including Llulls’ father) overcame the Moors in 1229, a few years before Llull was born. The Christians’ approach to the Muslims at that time was not to evangelize them, but to seek to dominate them by force. Llull wrote this reflection,

“I see many knights going to the Holy Land beyond the seas … thinking … they can acquire it by force of arms; but in the end all are destroyed …It seems to me that the conquest of the Holy Land ought not to he attempted except in the way in which Thou and Thine apostles acquired it, namely, by love and prayers, and the pouring out of tears and of blood.”

From that moment on Llull began, by prayer and meditation, to develop a strategy that was to occupy his mind, heart, and strength for the rest of his life: to bring the Gospel of Jesus’ love to the followers of Islam.

The first step, he reasoned, would be to learn their language; he needed to be able to communicate with Muslims and understand their thinking. Therefore, he set himself the task of mastering Arabic. No erudite Muslim would be interested in helping him to prepare to share the Gospel, so he purchased a Muslim slave as a language informant. After nine years of hard work he was able to read the most complicated Arabic texts.

Llull knew that the presentation of the simple Gospel to Muslim scholars like these would not be enough to convince them. He set himself to read and understand their writings, and develop a detailed apologetic. He devised a complex philosophical system for persuading non-Christians of the truth of Christianity. He wanted to be able to answer convincingly any question or objection which could be put by Muslim or pagan by ‘irrefutable logic’. He invented a complicated system of diagrams, really a “proto computer” into which the various factors could be registered and the right answer would come forth so as to meet the Muslim intellectuals on their own ground.

Llull’s driving passion was to see the Church reformed, freed from luxury and pluralism, and willing to set aside its best preachers as missionaries, trained in linguistics and supported by a percentage of the Church’s resources. He longed for unity between the Roman Church and the “Churches of the East” (Orthodox, Nestorian, etc.), which were in a far better position than the Roman Church to win Muslims and the invading Mongols, the ferocious oriental horsemen who were ripe to choose either Christianity or Islam. His ultimate vision was huge – to see all peoples, everywhere, brought together in unity through Christ.

Finally, Llull himself became the first great missionary to the Muslims and opened a new chapter in the history of Muslim-Christian relations – a deliberate attempt to organize missions to win converts by peaceful means.

The first time, in 1293, at 61 years of age, he made plans to travel to Tunis. Why Tunis? At that time it was the western center of the Moslem world.  Llull ventured on his spiritual crusade single-handed, to see if he could win the Muslims by love and persuasion.

All was ready, his books were on the ship. But then at the last moment, his courage failed. Perhaps he was thinking of the five Franciscans who had bee martyred in Morocco about 100 years earlier. He was “overwhelmed with terror at the thought of what might befall him [in Tunis]. The idea of enduring torture or lifelong imprisonment presented itself with such force that he could not control his emotions. He cancelled his trip, but then was so filled with remorse and guilt that he made the journey on another boat.

Once he arrived he sought out the Muslim scholars and called a conference to debate the relative merits of Christianity and Islam. He announced that he had studied the arguments on both sides of the question and would make a fair comparison. In addition, he even promised that if they could show his arguments to be weaker, he would embrace Islam. His style was not polemical but apologetic – seeking to show the superiority of biblical theology as a system. Yet he did not hold back the offense of the Cross. After the end of long discussion, a few were won over by his presentation while others responded fanatically and said he was dangerous and should be killed. As a compromise he was held in prison until he could be deported, with the threat that should he return he would be stoned. Full of zeal to shepherd those who had responded to his presentation, he escaped to a nearby port city and concealed himself like a “wharf-rat,” instructing his converts and continuing to share the Gospel.

On two later occasions, he returned to North Africa.  The last time was in 1314, when he was over 80 years of age. He spent ten months in hiding, teaching, encouraging, and praying with the few he had led to Christ on previous visits. Though the Muslims hated him, he loved them with a love he drew from his relationship to God. God’s love was perhaps for him the greatest difference between Islam and Christianity. As he stated it,

“Christians … that God so loved man that He was willing to become man, to endure poverty, ignominy, torture, and death for his sake, which the Jews and Saracens do not teach concerning Him; therefore is the religion of the Christians, which thus reveals a Love beyond all other love, superior to that of those which reveals it only in an inferior degree.”

But as the months passed, weary of seclusion, and anxious to share the Gospel with those who as yet had not responded, he came out of hiding and presenting himself in the open market began to preach the Gospel.

He pleaded with love, but spoke plainly the whole truth. The consequences can be easily anticipated. Filled with fanatic fury at his boldness, and unable to reply to his arguments, the populace seized him, and dragged him out of the town; there by the command, or at least the connivance, of the king, he was stoned on the 30th of June, 1315.

His biographers don’t know if he died that day, or on the boat carrying his battered body back to Majorca, his birthplace, where he was laid to rest in the church of San Francisco.

As an epitaph we quote one of his last words, a prayer:

As a hungry man makes [haste] and takes large morsels on account of his great hunger, so Thy servant feels a great desire to die that he may glorify Thee. He hurries day and night to complete his work in order that he may give up his blood and his tears to be shed for Thee (Zwemer p.132).

As Paul expressed it, “For me to live is Christ, and to die is gain” (Phil. 1:21). So was the life of Llull, who loved the Muslims because God loved him first.