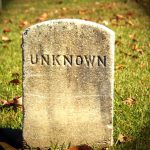 National Be Humble day is coming up on February 22nd and I want to spotlight different ministers and ministries that labor both present and past for the Lord without fanfare, adoration or self-exaltation.

Jenny Adams, was a missionary in Peru. You probably never heard of her but I have no doubt she is very famous in Heaven.

Jenny was from the United States and came to Peru as a Baptist missionary. She fell in love with a Peruvian captain of the army, who later died. Jenny stayed in Peru, resolved to serve God.

In those days the Independent Baptist church did not allow woman to travel alone since there was a war. They also required that women wear skirts and have long hair. Jenny did not obey any of these rules. One day she disappeared from Trujillo and hiked into a very remote village in the Andes. No missionary was ever there before, male or female. She began to teach the people in their homes and many people began to love her. She taught the men the Scriptures and then told them to preach to the people.

Over the years the ministry thrived and bore fruit.  She walked everywhere or took a bus or train until someone gave her a car.  One day she picked up some people that needed a ride and was later pulled over by the police at a check station.  They searched her car and found that a bag of cocaine was hidden in a gas can that belonged to the people she just picked up.  Jenny was hauled to jail for transporting cocaine.

Jenny took full responsibility for having drugs in her car, even though she had no idea they were there.  She eventually shared the gospel with the guy who was hiding the drugs and he was saved.  He became a pastor and Jenny discipled him from prison.  I was told that she stayed in prison for eight years.  One day in prison she broke her leg, and because of bad medical attention, she was badly crippled.  After she was released from prison, she was unable to hike into all the villages she once ministered in.  After 40 years in the field, Jenny died on January 17, 2005 at the age of 84.

“God has scattered the proud in the thoughts of their hearts;  he has brought down the mighty from their throne and exalted those of humble estate...” ~ Luke 1: 51-52