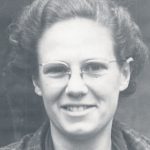 Helen Roseveare (21 September 1925 – 7 December 2016) was an English Christian missionary, doctor and author. She worked with Worldwide Evangelization Crusade in the Congo from 1953 to 1973, including part of the period of political instability in the early 1960s. She practiced medicine and also trained others in medical work.

After completing her studies, Roseveare applied to WEC to be a medical missionary. In 1953, she went to the Congo, where she was assigned to the north-east provinces. She built a combination hospital/ training center in Ibambi in the early 1950s, then relocated to Nebobongo, living in an old leprosy camp, where she built another hospital. After conflict with other staff at the hospital, she returned to England in 1958.

She returned to the Congo in 1960. In 1964 she was taken prisoner by rebel forces and she remained a prisoner for five months, enduring beatings and rapes. She left the Congo and headed back to England after her release but returned to the Congo in 1966 to assist in the rebuilding of the nation. She helped establish a new medical school and hospital, as the other hospitals that she built had been destroyed, and served there until she left in 1973.

Her touching story about the prayer of Ruth, 10-year-old African girl, for a hot water bottle to save a premature newborn baby after its mother had died has been widely forwarded by email  She survived rape and trial during the Congolese civil war in 1964 because of the intervention of the villagers she had helped previously. 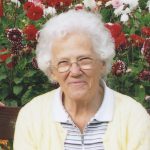