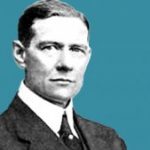 On February 22nd, 2020 it will be National Be Humble Day.  It seems today that the greatest attention in ministry is given to those who place themselves in the spotlight. We want to spotlight men and women who most likely you have never heard of who labored faithfully unto the glory of God without fanfare.

Some missionaries are known for their great fruit, their many converts, churches they started, or hospitals they helped build. Samuel Zwemer is not known for these things. After 38 years of missions work throughout Arabia, the Persian Gulf, Egypt and Asia Minor, Samuel had seen his efforts produce fewer than 12 conversions to Christianity.

Yet producing converts was not the ultimate goal for Samuel. The man who would become known as the Apostle to Islam wrote “The chief end of missions is not the salvation of men but the glory of God.” We are faithful to God’s call on our lives for no other ultimate goal than that of bringing glory to God.

As an infant, Samuel’s mother prayed that he would become a missionary. During his senior year at Hope College, Samuel dedicated himself foreign missionary service and later found a companion in this mission during his first year at New Brunswick Theological Seminary. James Cantine and Samuel covenanted with each other to “go to some needy field and possibly start a new work.”

The pair selected Arabia as their destination because, as the homeland of Islam, it was the most difficult mission field they could find. They submitted their plans to different societies, including the American Missionary Society, but found no one willing the sponsor them. They were told it was foolish “to want to go to such a fanatical people.”

In reply, Samuel said, “If God calls you and no board will send you, bore a hole through the board and go anyway.” And that’s what they did. James solicited support from churches for Samuel, and Samuel visited congregations to secure funds for James and together they started the Arabian Mission.

Trial and hardship were present companions to Samuel on the mission field. A partner in the early days of the mission died suddenly after a short illness and was believed to have been poisoned. Samuel’s younger brother, Peter, became ill and died in 1898, just six years after joining the mission.

In another six years, Samuel’s two young daughters were to die of dysentery. In the midst of this suffering, Samuel and his wife, Amy, marked their daughters’ graves with an affirmation of God’s sovereignty: “Worthy is the Lamb to receive riches.”

When Samuel returned to the United States for a furlough in 1905, he accepted a call to the Student Volunteer Movement as a traveling representative for recruitment. For the next five years, Samuel spent the greater part of his time speaking at conventions around the world influencing many to go into missionary service before returning himself to the mission field in Arabia.

Humility is the fear of the Lord;
its wages are riches and honor and life. ~ Proverbs 22:4