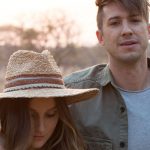 February 22nd is National Be Humble day and we are continuing to spotlight men and women who are leaving behind the marketing madness of this modern church age, selfie driven ministries, and taking the focus off of themselves and putting it back on God the Father and the Lord Jesus Christ. Meet Tommy and Rachel Deuschle.

Tommy Deuschle, pastor and leader at Celebration Church in Harare, Zimbabwe, had a dream to change all of that. But he’ll be the first to say he couldn’t do it alone. He and other rising young leaders in Zimbabwe teamed up over the last couple years to put together Stadium Worship, interdenominational events dedicated to fostering unity among the country’s divided churches.

“The event was really just to say as a church body in the nation [that] we are together under one name,” Deuschle says. “We want to see a kingdom nation, not a Christian nation. We want to see the actual power of God move in our stadium, to see a shift in the nation.”

But to participate in Stadium Worship, Deuschle issued a challenge to pastors: No titles. No logos. No egos. Leave behind all self-promotion and come with a humble heart to exalt Jesus alone. The impact of prayers and sermons will be felt, but the names of those giving them will not be heard.

“We’re not going to announce anyone’s name, and we’re not going to announce anyone’s church,” Deuschle explains. “So when we have different speakers come out and do an exhortation, or different singers, they don’t even announce the name. We just let it start. You don’t hear about that in Africa—in Africa, it’s all about apostle so-and-so or prophet so-and-so.”

At Stadium Worship, nobody gets to be the hero but Jesus.

After all, this isn’t about his own success or his ministry’s success. Deuschle says his challenge to the American church is the same challenge he gave at Stadium Worship: Don’t make this about any individual or group being the hero or “the one.” Surrender your ego and cooperate. It’s not an easy challenge.