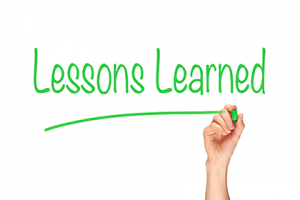 I confess right up front that I have no right to address this topic as I consider myself a great example of what not to do when it comes to family matters. On the other hand, realizing your failures and learning from them can still be a good platform to educate others.

The importance of the community of faith cannot be emphasized enough.  Unfortunately according to the recent data the family of faith has taken a back seat to our earthly families. According to the Barna Group on their report concerning family values,  over 60% of people polled consider the earthly family as first importance in establishing their identity, being an American comes in second, and religious faith comes in third. For faith to come in third place is troubling. To me, this reveals why church attendance has been declining for years. If the family at home is not leaving a legacy of the importance of the community of faith, then how can we expect the next generation to follow?

I remember right after I accepted the call of God on my life the church I was attending was made up of primarily women. Except for a handful of men, most of the activity of church was in a large part taken care of by ladies, wives, mothers, and grandmothers. Well over 60 percent of the men stayed home on Sunday and Wednesday nights and only a few might attend on Christmas or Easter. I noticed over time that the absence of fathers in the community of faith caused many of the children to stop coming to church and stay home with dad as they became teens.

According to Barna’s research among practicing Christians in the Households of Faith report, mothers are more likely to provide encouragement, advice and sympathy to their teenagers than fathers. Teenagers are also more likely to seek out their mothers more often than their fathers to discuss faith, the Bible and things that bother them. On a variety of dimensions of activity, these Christian women appear to be more present in the lives of their children than men. Here is an excerpt from this report.

“Beyond the household, how are women present as part of a church family? I wanted to get a clear picture of the gender breakdown of people in the pews on an average Sunday in the United States. The data from the last 16 years tells an interesting story. Women were consistently more likely than men to attend church weekly in the 2000’s. However, two important trends have emerged since 2012. The first is that attendance has declined significantly for both men and women. However, the rate of decline for female respondents is much more dramatic.”

The facts are clear, families that intentionally prioritize being apart of a community of faith on a regular basis were more likely to raise children that will do the same. Hit and miss parents will produce hit and miss children. Once a week parents will produce once a week children. Of course there are exceptions to the rule, but the exceptions are not counted against the family if they had taken every effort to teach and train up their children in the Lord.

As a parent my priorities were not only wrong but they were wicked and sinful and my children have paid the price. But if you have young children and grandchildren it is not too late to leave a legacy of faithfulness and devotion to Christ and his body, the community of faith.

And let us consider one another in order to provoke love and good works, not neglecting to gather together, as some are in the habit of doing, but encouraging each other, and all the more as you see the day approaching. ~ Hebrews 10:24